RGF® Environmental Group Announces the Hiring of James Marsden, PhD as the Executive Director of Science and Technology

Port of Palm Beach, Florida (August 24, 2020) – Dr. James Marsden joined RGF® Environmental Group Inc as the Executive Director of Science and Technology. Dr. Marsden was first introduced to RGF® in 2001 when he was hired as a consultant by The BOC Group (British Oxygen Corporation), one of the world’s largest industrial food and medical gases companies, to evaluate RGF® technology. Along with two other PhD professors, Dr. Marsden validated RGF’s proprietary technology and has been an independent industry associate of RGF® ever since. Dr. Marsden’s addition to the team in this critical role, during this unprecedented period of growth, will ensure continued technological advancements, support our valued customers, and maintain RGF’s leadership position in the air, food, and water purification industry.

With over forty years in the food industry, numerous scientific publications, and the development of several antimicrobial interventions, Dr. James Marsden joined Chipotle in 2016 as Executive Director of Food Safety and continues to serve on its Advisory Council.
An expert in working with government officials and regulators, he has advised the White House on food safety and testified on numerous occasions to the United States Congress, the US Food and Drug Administration (FDA), and the US Department of Agriculture (USDA). He was also an official adviser during the development of the Hazard Analysis and Critical Control Point (HACCP) Food Safety Regulation. After working for several food and technology providers, he served as Vice President for Scientific Affairs at the American Meat Institute and President of the AMI Foundation. In 1994, he became the Regent’s Distinguished Professor of Food Safety and Security at Kansas State University. Dr. Marsden is an invited member of The New York Academy of Sciences, one of the oldest scientific societies in the United States. 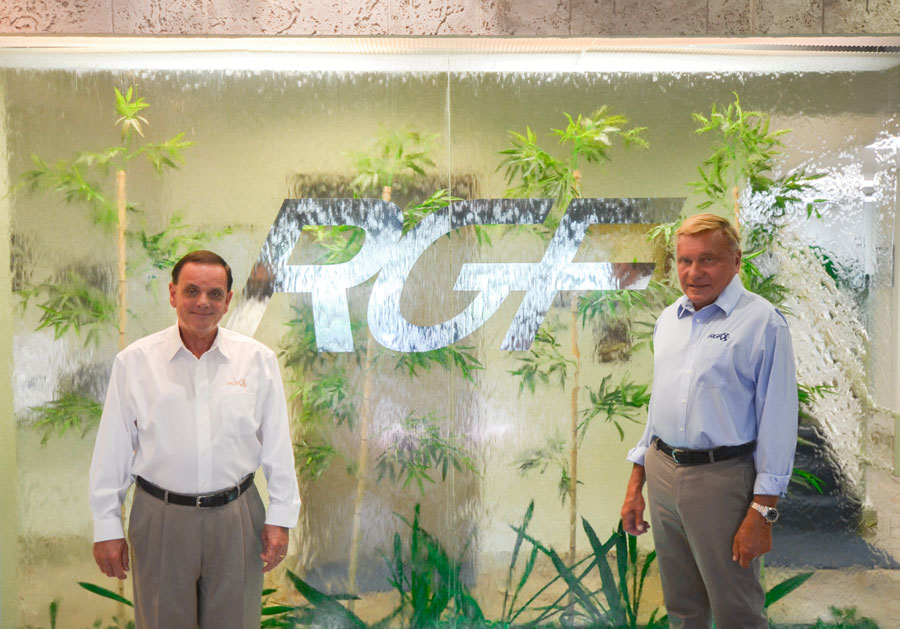 About RGF Environmental Group, Inc.
RGF manufactures over 500 environmental products and has a 35+ year history of providing the world with the safest air, water and food without the use of chemicals. RGF is an ISO 9001:2015 certified research and innovation company, holding numerous patents for wastewater treatment systems, air purifying devices, and food sanitation systems. Situated in the heart of the Port of Palm Beach Enterprise Zone, RGF Headquarters span 9 acres, with 130,000 square feet of manufacturing, warehouse and office facilities. RGF has recently upgraded their facilities, creating an increased vertical approach to manufacturing, further allowing the company to provide the highest quality and best engineered products on the market.